A webcam visitor, and sister of Fr Diarmaid OFM, receives award in Malaysia 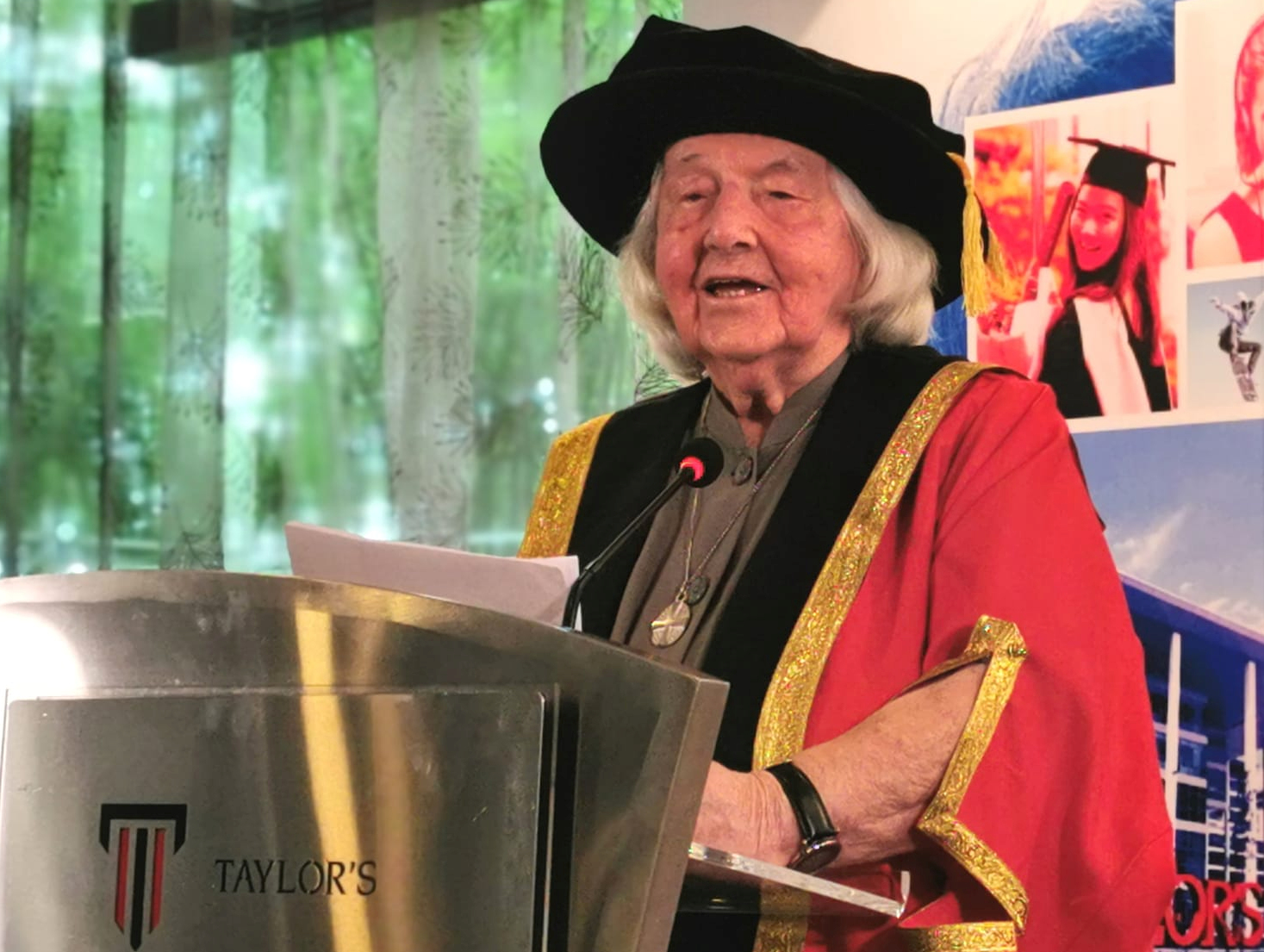 For all of our Masses here in the Friary, we have people join us via our webcam. Some are not too far from the friary, but many others are a very long way away. In one case in particular, the person joins us from Malaysia!

Happily, the person is not unknown to us. She is Sr Enda Ryan, a Franciscan Missionary of Mary (FMM) and she has been in Malaysia since first arriving there in 1954. Sr Enda is a sister of our very own Fr Diarmaid.

Like so many other sisters, brothers, and priests, who left Ireland to bring the Gospel to foreign shores, Sr Enda has lived a remarkable life of commitment and dedication to the mission that she was asked to take on –

in her case, to setting up schools for girls.

Malaya (as it then was called) had suffered years of turmoil and disruption since the Japanese invasion during World War II ended British rule in Malaya. The subsequent occupation of Malaya, North Borneo, and Sarawak from 1942 to 1945 unleashed a wave of nationalism. After the Japanese were defeated by the Allies, the Malayan Union was established in 1946 by the British administration. Following opposition by the ethnic Malays, the union was reorganised as the Federation of Malaya in 1948 as a protectorate state until 1957. In the Peninsula, the Malayan Communist Party took up arms against the British and the tension led to the declaration of emergency rule for twelve years from 1948 to 1960.

It was into this challenging environment that Sr Enda arrived in Malaysia, during the time of emergency rule, when she was asked to set up the schools.

Sr Enda is in the news again on receiving yet another award and recognition for her contribution to education in Malaysia when she received an Honorary Doctorate in Humanities from Taylor’s University (see photograph) in Kuala Lumpur, Malaysia.

During 31 years of dedicated service, Sister Enda has received numerous awards, including the Excellent Service Award from the Ministry of Education (1985), the Pingat Jasa Cemerlang (1986), the Pingat Jasa Kebaktian (PJK.) from DYMM Sultan of Selangor (1987) and the Anugerah Tokoh Guru Selangor (1990). In December 2007, Sister Enda was conferred the Darjah Kebesaran Dato’ Sultan Sharafuddin Idris Shah (DSIS) by DYMM Sultan of Selangor, which carries the title ‘Datin Paduka’ (translated as; “Your Highness.“)

Sister Enda Ryan FMM was born Eileen Philomena Ryan on December 30, 1928, in Galbally, County Limerick. She joined the Franciscan Missionaries of Mary in 1947 and, was given the name Sister Enda. She graduated from the National University of Ireland in the Summer of 1954, with a B. A. and Higher Diploma in Education.

On October 10, 1966, Sister Enda took the oath of loyalty and was henceforth declared a citizen of Malaysia.

All of us here in Multy, send our warmest congratulations and our love to Sr Enda and to her brother, our own Fr Diarmaid. It is a wonderful family occasion and both Enda and Diarmaid are exceptional examples of lives of commitment to the Gospel.